The perfect balance of productivity and mobility. Surface Duo is a new dual-screen device that fits in your pocket. With two screens connected by a revolutionary 360° hinge, Surface Duo brings together the best of Microsoft and Android to reimagine productivity on the go. Coming Holiday 2020. 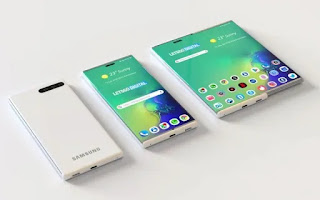 Samsung hits the news all the time with some incredible stuff. The leaked patent images suggest that Samsung Galaxy S11 which is expected to be unveiled in 2020 will come with a fully-bezel-less display also the device could have an expandable display. However, always a patent doesn’t confirm the phone, because sometimes the company files patent just for protective measures 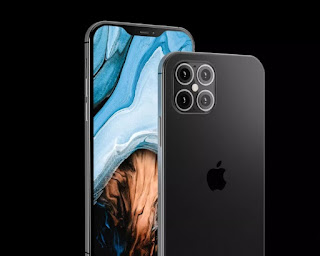 We may see a total shift to OLED screens on iPhone XII. Needless to say that next-generation iPhones would be surely equipped with the 5G network support. Apart from that, we can expect some really cool things that are based on AI. Apple is working on the new series of chips which they are calling new-gen bionic chips. These chips are specially meant to accelerate AI-powered processes. There is a great possibility that Apple may come up with camera features that run based on powerful Artificial Intelligence programs. We may see different modes and also a personalized camera app which studies the aesthetic preferences of the user and adjusts the camera settings. It is also said that Apple is testing a new Face ID and a new camera setup that fits into the top bezel of the device on upcoming iPhones. Which is clearly indicating that Apple is working on a new notch-less device for 2020. The leaker Ice Universe has also mentioned that Apple is working on an adjustable refresh rate screen on 2020 iPhones which are going to be of 60Hz and 120Hz refresh rate. According to MacRumours they have seen a secret report which says that Apple will be bringing a significant design change into their 2020 iPhones and it will come with a metal frame structure.

The phone could turn into a foldable display. The flexible and foldable OLED-based design facilitates the clamshell approach. As per the patent images, there is a secondary display at the center and a single-lens camera on the upper half of the backside. Moto Razr is expected to report great sales cashing on all that nostalgia. It’s rumored that Motorola has signed a deal with Verizon to distribute Razr all across the United States.

Wi-Fi 6 is the next generation standard in WiFi technology. Wi-Fi 6 also known as “AX WiFi" or "802.11ax WiFi” builds and improves on the current 802.11ac WiFi standard. Wi-Fi 6 was originally built in response to the growing number of devices in the world. If you own a VR device, multiple smart home devices, or simply have a large number of devices in your household, then a Wi-Fi 6 router might just be the best WiFi router for you.
WiFi 6 official certification has been presented, and there are already compatible devices with the new standar, some IPhone and Samsung Phones are compatible with this standard.
One important thing about Wi-Fi 6 is that the network will be compatible even with previous Wi-Fi devices, but obviously they will not be able to take full advantage of these new networks.
The advantages of Wi-Fi 6 is that it  support more device than previous Wi-Fi versions, necessary for the IoT. It also increase download and upload speed and increase security with 192 bits encryption. 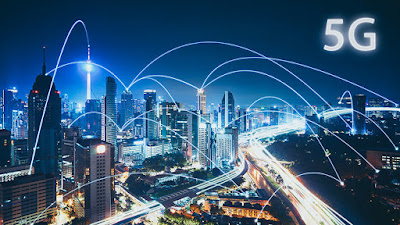 The race to 5G is on. All four major US carriers now have some form of 5G wireless, although it's all limited rollouts in only a few cities, using expensive phones that won't support future nationwide 5G networks.
The Federal Communications Commission (FCC) gave the green light on Tuesday to the merger between T-Mobile and Sprint, stimating that this operation could help the United States to improve its coverage in 5G
at November 06, 2019 No comments:

2020 Most Expected Phones MICROSOFT Surface Duo The perfect balance of productivity and mobility. Surface Duo is a new dual-screen...